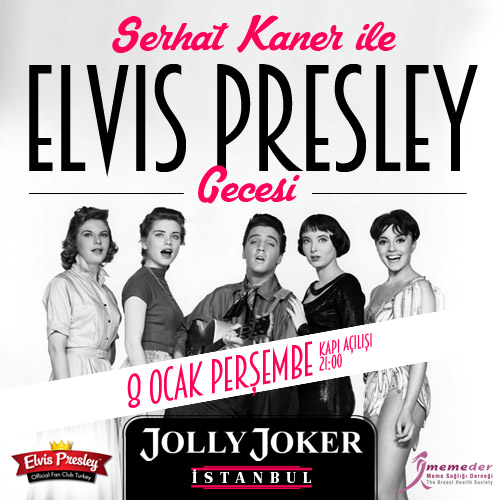 On the 8th of January 2015, as Official Elvis Presley Fan Club Turkey, we organised a big live music event for the memory of Elvis Presley and we donated all income to the Memeder (Breast Health Charity) for the cancer research and treatment for whoever in need.

The party was at the most important and respected venue of Istanbul, Jolly Joker Istanbul. http://www.jjistanbul.com/

On this special night, Serhat Kaner performed Elvis songs with his extended band .

The concert was to honour Elvis’s legacy of charity work. Concert news was all around national mainstream TV spots, radios, billboards, newspapers etc
Elvis Presley himself was very famous about giving away and charity works. Elvis’ legacy of generosity continues through the work of the Fan Clubs all around the world and also with Elvis Presley Enterprises, Memphis, TN. The most important rule of being and Official Elvis Presley Fan Club is to donate as much as possible via events. That’s why they chose as a partner for this event “Memeder” -“The Breast Health Society” to obtain awareness of breast cancer and to support this charity financially. All concert income is donated directly to this charity. 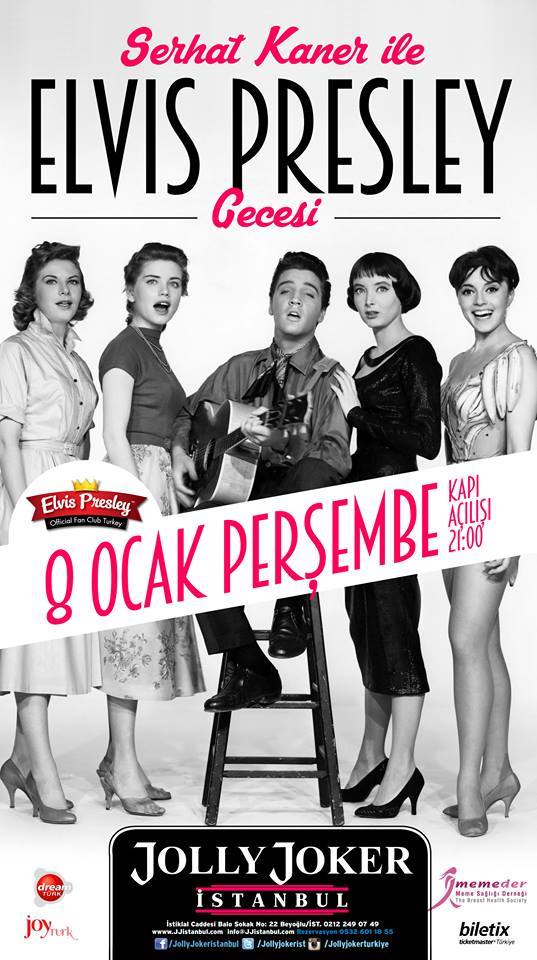